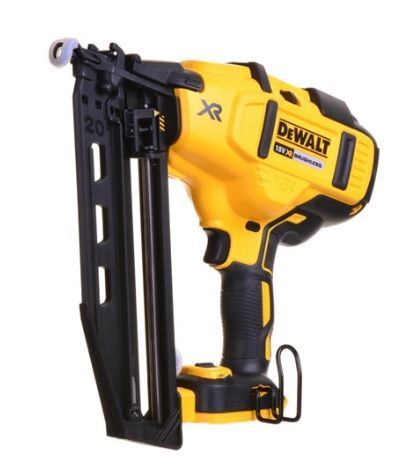 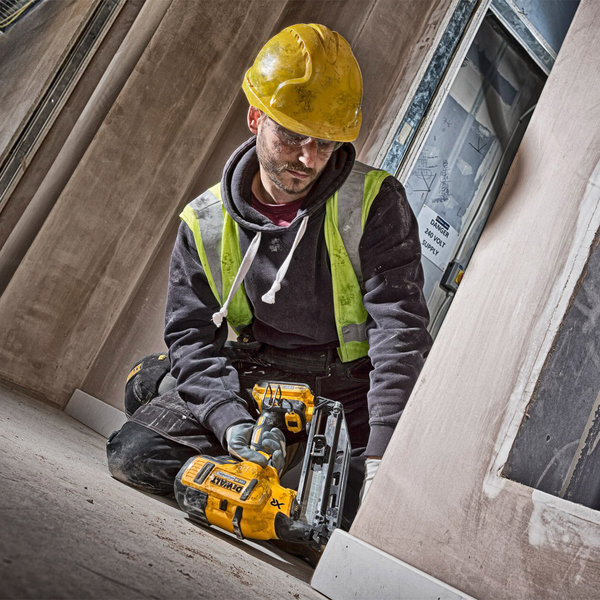 Features a 16 gauge second fix finishing nail gun that replaces the DC618, but is also smaller and lighter due to its Brushless motor.

Dewalt have added to theiThe DCN660N features 16 gauge second fix finishing nail gun that replaces the popular DC618, but is also smaller and much lighter due to its Brushless motor.

Having a brushless motor gives several benefits to the DCN660. Firstly because there are no carbon brushes in the motor you don't have to replace anything, which reduces any servicing costs/time. Brushless motors also use magnets and have no touching parts which means no power/energy from your battery is being wasted in generating friction within the motor. Therefore more battery power goes into your job, so increased performance and greater runtimes are achieved. Additionaly because there are no touching or moving parts in the motor, nothing is getting damaged over time, so your motor will be in a far better state after years of use than an old brushed motor that would have been battered about.

No Gas and No Air makes the DCN660 a great choice

The new generation of cordless power tool technology means that cordless Lithium-ion battery technology is now able to deliver performance that matches AC (mains) powers or air tools (with a compressor).  This model doesn't therefore require any gas, so no mess, no smell and no additioanl purchases, just plug in your battery and away you go.

As its part of the XR range from Dewalt the DCN660 is compatible with all of Dewalt's 18v Li-ion batteries, from 2.0Ah to 5.0Ah.

With its quick readiness and bump feed function this model can fire up to 4 nails every second and has the ability to fire nails up to 63mm in soft wood or 50mm in hard wood.

Its designed to avoid any stalls or jams, but if one were to happen there is 2 easy ways to clear them in seconds.. both without the need for additional tools.